Work Out Smarter Not Harder: Burning Fat Without the Burn Part 3 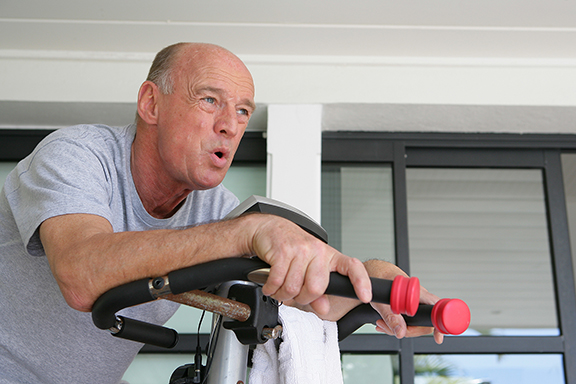 Nearly as far back as mankind first started using fire, we looked for ways to increase the output of the fire without simply searching for and gathering more wood.

As a result, the invention of the bellows came about several millennia ago. By using bellows, air could be forced into coals, producing more intense heat, larger flames, and an exponentially more efficient energy output.

In short, the relatively simple concept of improving the “respiration” of the fire enabled it to run off of its initial fuel supply for much longer than before.

Improving the efficiency of how fuel is burned is also the very basis of Cellular Respiration and Analytics (CR-A).

The similarities don’t end there. Just as bellows make the burning of wood more efficient through its stages — pyrolysis, vapor ignition, combustion, and char burning — CR-A effectively separates the body’s burning of fuels into different stages.

The first stage is fat, the second is carbohydrates, and the third is the point where your body is actually burning muscle mass. The CR-A test separates these stages by heart rate and blood lactate range.

The stage with which probably the majority of the population is concerned is the first — the fat-burning stage. This stage is referred to as “prime.” This is a relatively small heart rate range in which someone would want to stay in order to burn the accumulated fats in their body without tapping into the carbohydrates or stealing from the muscle tissue.

But, how is that heart rate range determined?

“What we’re doing right now is a graded exercise cycle test,” explains Bryan Jasker, PT, DPT, Director of Therapy at McLean County Orthopedics (MCO) Therapy Department. “We look at your work input every three minutes, take a blood sample and look at your lactate. Lactate is not going to be there very much or is going to be pretty steady as we’re using oxygen, because we need oxygen to burn fat.”

In other words, the prime range is the lowest heart rate range in which one needs to exercise in order to burn fat. For most people, this is not a very intense part of their workout. That means no excessive sweating and generally no feelings of debilitating soreness the following day.

Prime is actually a range in which most people should be able to stay indefinitely.

“What we’re doing is using that test to prescribe exercise,” Bryan says. “Two major ways we prescribe it is your prime number, which is that prime workload and heart rate. That is telling us you’re probably burning fat about two times as much as you would in any other exercise zone.”

“Our goal with prescribing that exercise in that primary fat burning zone is that we want to lose mostly fat and mostly fat from the belly and the organs,” Bryan continues. This fat is called visceral adipose tissue or visceral fat.

The results so far have been quite significant. “If we’re prescribing prime only for fat burning, we’ll see a predominant amount of fat loss as your overall weight loss,” he adds excitedly. “So, it’s giving you that efficiency or that optimal way to spend your time exercising. Is your goal to burn fat? If that is the case, this is the best and most precise way we can prescribe exercise in that zone.”

For decades, personal trainers and coaches have said working out harder was the only true key to burning fat. The term “feel the burn” became synonymous with exercise and fat loss.

But CR-A testing is proving you don’t necessarily need to feel the burn in order to actually be burning.

To learn more about CR-A testing, the DEXA body scan, and more on prescriptions for exercise, read “Work Out Smarter Not Harder, Part 4” in next month’s Healthy Cells Magazine.

For more information on physical therapy or any type of orthopedic problem or injury, contact McLean County Orthopedics, 309-663-6461, or visit them online at www.McleanCountyOrthopedics.com. Their new office is located at 1111 Trinity Lane in Bloomington.