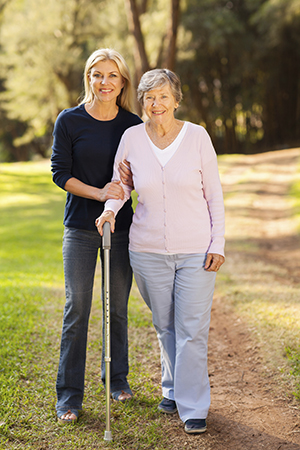 Although health care professionals can prescribe or recommend treatments to help patients manage their rheumatoid arthritis, the real key to living well with the disease lies with the patients themselves. Research shows that people who take part in their own care report less pain and make fewer doctor visits. They also enjoy a better quality of life.

Self-management programs teach about rheumatoid arthritis and its treatments, exercise and relaxation approaches, communication between patients and health care providers, and problem solving. Research on these programs has shown that they help people:
What Research is Being Conducted on Rheumatoid Arthritis?
Over the last several decades, research has greatly increased our understanding of the immune system, genetics, and biology. This research is now showing results in several areas important to rheumatoid arthritis. Scientists are thinking about rheumatoid arthritis in exciting ways that were not possible even 10 years ago.

The National Institutes of Health (NIH) funds a wide variety of medical research at its headquarters in Bethesda, MD, and at universities and medical centers across the United States. One of the NIH institutes, the National Institute of Arthritis and Musculoskeletal and Skin Diseases (NIAMS), is a major supporter of research and research training in rheumatoid arthritis through grants to individual scientists, Specialized Centers of Research, Multidisciplinary Clinical Research Centers, and Multipurpose Arthritis and Musculoskeletal Diseases Centers.

Following are examples of research in rheumatoid arthritis supported by the Federal Government through the NIAMS and other parts of NIH.

Genetics
Researchers are studying genetic factors that predispose some people to developing rheumatoid arthritis, as well as factors connected with disease severity. Over the past decade, NIAMS-supported research in this area has led to several important genetic discoveries including the following:
For more information about rheumatoid arthritis and other musculoskeletal health issues, visit www.niams.nih.gov.  Join us next month for part 8 of the series on RA.