What It Means to Make a New Year’s Resolution 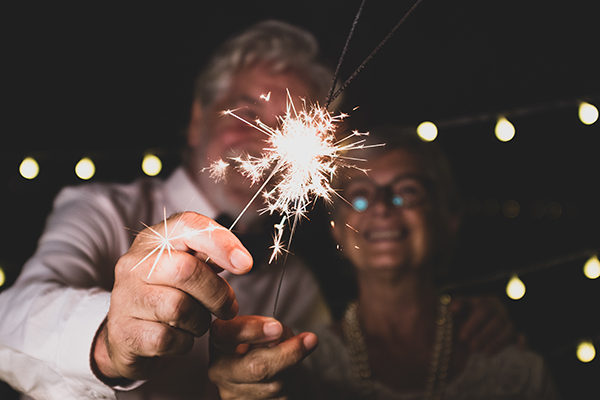 A new year’s resolution. We make them, we break them, and we underestimate them. The new year offers us a new opportunity, a chance for a clean slate; but oftentimes the assurances we give ourselves seldom make it to the final goal. How can we understand what it means to make a resolution? How can we hold ourselves accountable to, well, ourselves?

The term “clean slate” actually comes from the ancient Roman “Tabula rasa,” meaning “tablet erased.” Instead of writing on parchment or etching notes in stone, scribes and citizens alike would carry a wooden slate inlayed with a layer of wax, and use a stencil to carve letters into the wax for short-term notes. When they wanted a clean slate, they would heat the wax until it melted back into a smooth surface, sort of like shaking an etch-a-sketch!

What’s so interesting about our use of the term “clean slate” is that, like the ancient wax tablets or our modern etch-a-sketches, the slate is eventually going to be written on again, and erased again, allowing for changes throughout our lives. And that’s where resolution comes in. Like the term “clean slate,” the word “resolution” is also so common that we may forget its origins, or what it means.

“Resolution” means to be resolved; a firm and unwavering dedication to an idea or goal. How often have you or someone you know said that they were “resolved” to do something, but then showed no firmness or long-standing dedication to their goal? It happens a lot, to all of us, all of the time. But if to have a clean slate means to allow ourselves to change, then resolution means that we should be dedicated to those changes we want to make. Pretty simple, right?

Unfortunately, a lot of the failure to adhere to one’s new year’s resolution is that we often bite off more than we can chew. If someone resolves to be a vegan after a lifetime of bacon-loving, or to quit smoking after twenty years of a Camel habit, going cold-turkey doesn’t always work.

So this year, before you make your resolution, sit down with yourself and evaluate your commitment. If there is a goal you want to achieve, truly achieve, then allow yourself to take things slowly after you melt the wax. Sometimes the best resolutions are simply trying something new, or gradually diving into a new lifestyle, rather than expecting things to change right away. Our encouragement to you is to not give up! Be mindful of yourself and your abilities, believe in your goals, and hold yourself accountable for the promises you make—even if they are only to yourself!

Cheers to a happy new year!

LivWell Seniors serves as a local agency providing community-based resources that are 100 percent free to seniors and their families. They are funded by the senior care providers that utilize their service and network of connections. For further information, contact us at 563-265-1577, or visit our website at www.livwellseniors.com.

“The gift of friendship… a willingness to listen, a pair of helping hands, a whisper from the heart. That someone cares and understands.” Back to Top
January 05, 2021