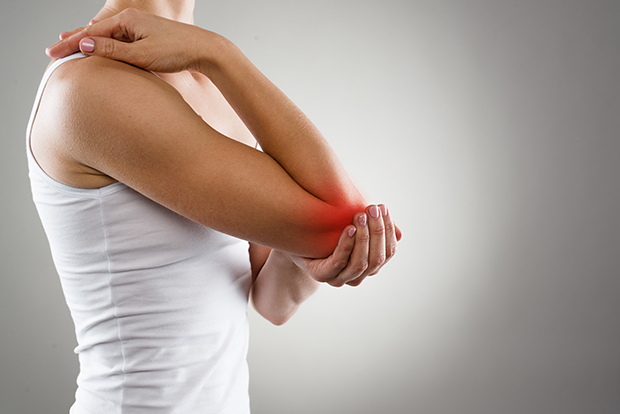 Gout is a painful condition that occurs when the bodily waste product uric acid is deposited as needle-like crystals in the joints and/or soft tissues. In the joints, these uric acid crystals cause inflammatory arthritis, which in turn leads to intermittent swelling, redness, heat, pain, and stiffness in the joints.

In many people, gout initially affects the joints of the big toe (a condition called podagra). But many other joints and areas around the joints can be affected in addition to or instead of the big toe. These include the insteps, ankles, heels, knees, wrists, fingers, and elbows. Chalky deposits of uric acid, also known as tophi, can appear as lumps under the skin that surrounds the joints and covers the rim of the ear. Uric acid crystals can also collect in the kidneys and cause kidney stones.

What Is Uric Acid?
Uric acid is a substance that results from the breakdown of purines. A normal part of all human tissue, purines are found in many foods. Normally, uric acid is dissolved in the blood and passed through the kidneys into the urine, where it is eliminated.

If there is an increase in the production of uric acid or if the kidneys do not eliminate enough uric acid from the body, levels of it build up in the blood (a condition called hyperuricemia). Hyperuricemia also may result when a person eats too many high-purine foods, such as liver, dried beans and peas, anchovies, and gravies. Hyperuricemia is not a disease, and by itself it is not dangerous. However, if excess uric acid crystals form as a result of hyperuricemia, gout can develop. The crystals form and accumulate in the joint, causing inflammation.

What Are the Four Stages of Gout?
When It’s Not Gout, It May Be Pseudogout
Gout is sometimes confused with other forms of arthritis because the symptoms — acute and episodic attacks of joint warmth, pain, swelling, and stiffness— can be similar. One form of arthritis often confused with gout is called pseudogout. The pain, swelling, and redness of pseudogout can also come on suddenly and may be severe, closely resembling the symptoms of gout. However, the crystals that irritate the joint are calcium phosphate crystals, not uric acid. Therefore, pseudogout is treated somewhat differently.

For more information about gout and other musculoskeletal health issues, visit www.niams.nih.gov.  Join us next month for part 2 of the series on gout. Back to Top
January 05, 2018
Categories:  Disease/Illness