Sleep Apnea and Women Ignorance Is Not Bliss 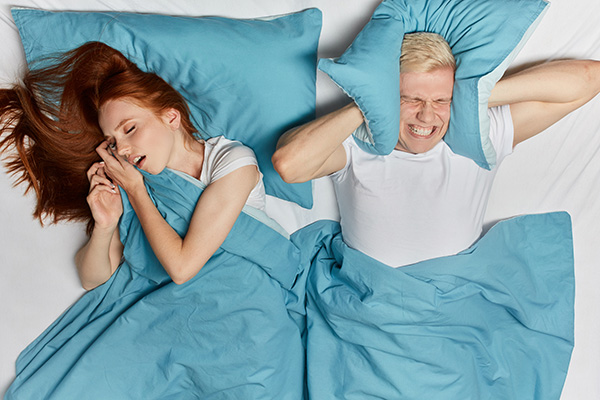 Obstructive Sleep Apnea (OSA) has generally been considered a men’s health issue. In fact, according to the National Sleep Foundation, the ratio of men to women who come in to be evaluated for OSA is quite unbalanced. For every one woman diagnosed with OSA, eight or nine men are diagnosed. However, while it is true that more men are affected by the condition, the ratio should be closer to two or three men per woman. Why the discrepancy? While women face unique risk factors for OSA, they often are misdiagnosed by physicians or avoid seeking treatment in the first place.

Obstructive Sleep Apnea is a condition characterized by complete or partial airway obstructions. This can occur when the tongue and muscles relax during sleep, the lower jaw falls back toward the throat, or the airway becomes blocked. A typical sequence of OSA occurs when a person stops snoring and is silent for seconds or minutes. The brain may cause the body to jerk in an attempt to wake the sleeper so breathing will resume. The silence may end with a loud snort, cough, or gasp. This causes the sleeper to wake briefly and begin breathing. Once asleep again, the muscles relax and the airway becomes blocked once again. This cycle can occur hundreds of times per night. If left untreated, OSA may lead to heart attack, stroke, or even death.

However, while this represents a typical cycle of sleep apnea, the symptoms may present themselves differently in women. Women may not notice snoring or paused breathing, for example. Instead, they will often mention chronic insomnia, fatigue, and depression, notes Dr. Grace Pien, in an interview with the National Sleep Foundation. Because the more commonly known symptoms of OSA were described by nearly all-male populations, it is no surprise that women often express different complaints. These complaints often lead to a misdiagnosis by primary care physicians. According to the National Sleep Foundation, women suffering from OSA have been misdiagnosed with anything from Anemia to Fibromyalgia to Menopausal changes. Furthermore, women are less likely to request a sleep study and are instead more inclined to ask for a medication to treat whatever symptoms they are experiencing.

While many women do face a misdiagnosis, a large number never seek medical care for their symptoms, especially if one of those symptoms is snoring. According to the American Academy of Sleep Medicine, women are less likely to talk about their own sleep problems than those of their male partners. It seems that snoring is often stigmatized in women while it is considered relatively common and normal in men. As a result, many women fail to bring up this and other sleep issues with their physicians.

Women should be talking openly and honestly with their doctors about their sleep. Factors specific to women such as menopause, pregnancy, and polycystic ovary syndrome can put them at greater risk for developing OSA. Additionally, OSA may impact women’s health differently than men’s. One study found that women suffering from OSA have a higher level of brain damage than men with the same disorder. Additionally, the National Sleep Foundation notes that OSA is linked to a higher risk of dementia in elderly women. Finally, OSA may exacerbate existing cardiovascular conditions, which can be especially problematic, considering heart disease is the number one killer of women.

If you are concerned that you might have OSA, consider keeping a log of the symptoms you experience, including those that seem unrelated to your sleep, such as headaches, loss of libido, changes in mood, or depression. By speaking candidly about these symptoms with your physician and requesting a sleep study, you are more likely to get an accurate diagnosis.

Treatment options for OSA include lifestyle changes, surgery, Continuous Positive Airway Pressure (CPAP), and Oral Appliance Therapy. While CPAP is one of the most common treatments for OSA, Oral Appliance Therapy has proven to be an effective, scientifically-based treatment alternative that patients may find more comfortable and easier to use. The purpose of the appliance is to hold the jaw in a position that allows the airway to remain as open and firm as possible during sleep.

At the Koala Center for Sleep and TMJ Disorders in Bloomington, IL, Dr. Gray is trained to manage Sleep Apnea with oral appliance therapy by conducting an oral and airway evaluation to see if you are a candidate for a comfortable and easy-to-wear custom fabricated oral sleep appliance. For more information, contact him at 309-319-6568 or bloomingtonsleep.com. Dr. Gray also provides treatment for snoring and Temporomandibular Joint Disorder (TMD). Back to Top
September 09, 2022