Putting Vaccines Back in Vogue 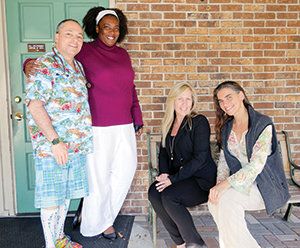 Immunizations have been a controversial topic since Edward Jenner’s “cowpox” vaccine in the early 1800s. Well before the autism myth spurred by Wakefield and the misinformation stirred up by Jenny McCarthy, Dr. Sears, and modern day bloggers, vaccines have historically been met with resistance.

It is surprising that after witnessing the enormous success of immunizations completely wiping out smallpox, nearly eradicating polio, and saving more than three million lives every year, some parents today are refusing vaccines for their children. And yet many of them make it a priority to be sure their pet has all of their shots. Is preventing rabies more important than preventing whooping cough?

Due to a growing distrust of the medical community and the pharmaceutical industry, and the proliferation of conflicting information on the Internet, more parents are choosing not to vaccinate. In 2012 in Pinellas County, the rate for fully immunized 2-year-olds dropped nearly 10 percent, a dangerous threat to herd immunity. And with the popular shift toward natural parenting and green living, it seems that vaccines just don’t fit into that movement. One pediatrician I spoke to said that several of his well-educated parents stated that it’s just not fashionable to immunize.

As a well-educated mother and lactation consultant who believes in natural parenting (I went to Berkeley, breast-fed my daughter until she was almost five, and only buy organic), I too had questions about vaccines and even spaced out my daughter’s shots because I was afraid to “overload her system.” I have since learned that my fears were unfounded. The amount of antigens (substances that trigger an immune response) she was exposed to, from all vaccines combined, is only 0.006 percent of the amount of antigens she is exposed to in the environment by age six.1

Passionate about raising healthy children, and to the surprise of my friends, I ended up the Immunization Champion for the Florida Department of Health in Pinellas County. While I will not put artificial sweeteners in my 6-year-old’s body, I will gladly have her vaccinated to prevent her from catching a crippling or even fatal disease.

Of course, vaccines are not without risk. As with anything we ingest or place on our skin, there is potential for an adverse reaction. Who would have thought that a simple peanut could cause a person with a severe allergy to go into shock, or buying food at the supermarket could put you at-risk for food-borne illness. Yet the cases of severe adverse reactions to vaccines are few and far between. When we consider that immunizations may save your child’s life, the benefits far outweigh the risks.

And most of the perceived risks are unfounded. Not only were Wakefield’s studies linking vaccines to autism proven to be false, but it was also fraudulent. He had his medical license revoked in England. Shortly thereafter, another objection was the preservative thimerosal. In 1999, without any scientific evidence that the preservative caused harm, thimerosal was removed from most vaccines. And what happened? Autism rates continued to rise, so it couldn’t have been the vaccines.

Furthermore, studies show that those with autistic brains may have 67 percent more neurons in the prefrontal cortex, which can only occur at or before birth. While some brain cells can grow after birth, nowhere near this amount can suddenly develop at 12–18 months when the MMR vaccine is given. This is often the time when autism is first recognized, however, leading a lot of parents, eager for answers, to point at the vaccines as the culprit.

Most people also don’t realize that the mercury from vaccine preservatives is a one-time exposure to a trace amount of ethyl or non-toxic mercury. Yet many of us consume fish that contain a high level of methyl mercury, the third most toxic poison that exists, and is known to cause neurological damage. Yet we don’t think about that or any other causes. We want to blame vaccines.

As for immunizations not being fashionable? I understand the desire to live green, holistically, and parent naturally, but we can still do that and immunize our children.

A child is scarred by mumps, a 6-month-old baby in Orlando dies of pertussis, a 4-year-old girl in Jacksonville dies of influenza virus, and a teen who dreams of becoming an athlete loses a limb to meningococcal infection. Where is the fashion in that? And what about social responsibility? Don’t we owe it to those with weakened immune systems to vaccinate our children and create a wall of protection for those who don’t have the choice of being vaccinated?

Immunization rates have been declining and diseases that we thought were gone are coming back. The U.S. is seeing a resurgence of whooping cough that hasn’t been witnessed in over 50 years, and an increasing number of influenza deaths this year. Some that have died were not immunized. If we continue this trend, we’ll be looking at the same number of measles cases that we saw 17 years ago. In 2012, one fourth of all 2-year-olds in Pinellas County were not fully immunized; a dangerous low that placed the entire county at risk of outbreaks.

Last summer, Dr. Dharamraj, Director of the Department of Health in Pinellas, decided it was time to take action. An immunization campaign was launched to educate medical providers and the community: Pinellas Immunization Team for Community Health or PITCH, a team of over 40 community partners, was formed. Since then, PITCH has conducted numerous community outreaches, presentations, and medical provider trainings.

Dr. David Berman, head of Infectious Disease at All Children’s Hospital, and a founding partner of PITCH, explains why he got involved with this effort: “I have seen children die from diseases that would have been prevented by childhood immunization. I have stood at the bedside of families watching children suffer and die. The tragedy is that this is preventable. My goal, along with the committee, is to dispel the myths that parents may hear from their social networks, Internet, television, and magazines.”

Is any of this effort making a difference? Yes. The 2013 Survey of 2-year-olds conducted by the Florida Department of Health shows that Pinellas County is now up to nearly 85 percent vaccinated, a dramatic improvement from the 75 percentage rate in 2012. But we can’t stop here. The state goal is 90 percent for 2-year-olds and 95 percent for kindergarteners, the minimum needed for solid herd immunity.

Dr. Greg Savel, the chairperson of PITCH, and president of Myrtle Ave Pediatrics, believes things may be turning around and there is hope yet that PITCH can put vaccines back in vogue: “We’ve already seen the percentage of children in our community who are completely immunized on time increasing because of the efforts of this incredible initiative. Things are certainly moving in the right direction as PITCH continues to grow and reach deeper into Pinellas County and beyond.”

The PITCH Immunization campaign has taken on “Invisible Threat,” with free public screenings.
“Invisible Threat” is a powerful film made by teens that examines the vaccine crisis facing the U.S. The screenings are fun, free events where parents and students can learn more about immunizations and get straight answers to some of our biggest questions. Several public screenings with expert panels are planned throughout the county.

Although there will probably always be some resistance to vaccines, it does appear that parents are getting smarter and realizing that the myths are just that: they’re myths. Nothing is more fashionable than giving your child the best protection you can. Running the risk of catching a vaccine preventable disease is no longer in vogue. Getting vaccinated is.

If you are interested in getting involved with the immunization campaign or would like to attend our next screening event, please call the PITCH info line at: 727-820-4105 or follow us at https://www.facebook.com/PinellasImmy.
Back to Top
PITCH: Pinellas Immunization Team for Community Health| March 09, 2014
Categories:  Feature
Keywords:  Feature Story