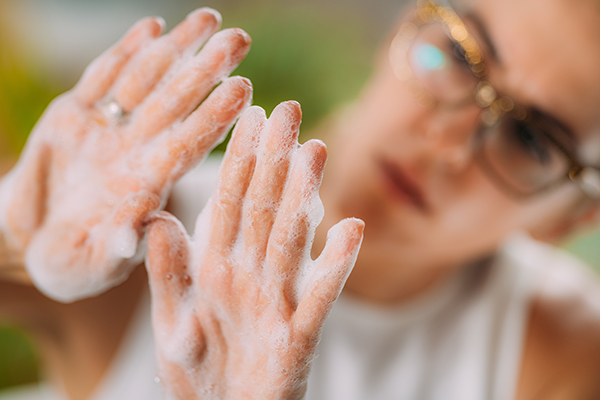 An estimated 2.3 percent of adults have Obsessive Compulsive Disorder (OCD), according to the National Institute of Mental Health. For many, the symptoms begin in childhood or adolescence. This anxiety disorder is a neurological malfunction that creates unrelenting, intrusive thoughts, and extreme anguish for those affected. Obsessions range from unbearable worries about contamination to believing they have run over someone while driving. These fears can be alleviated only one way—by acting out compulsions, which become repetitive acts of checking and rechecking to ensure the fear is unfounded.

OCD was added to the American Psychiatric Association's Diagnostic and Statistical Manual of Mental Disorders (DSM-III) in 1987. Yet many people still live with its destruction unaware there's treatment or even a name for their bizarre fears and behaviors. Add to that, "Families often don't know that they have a sick child," says Judith L. Rapoport, M.D., in The Boy Who Couldn’t Stop Washing. Children may keep their obsessions and compulsions a secret to avoid appearing crazy.

The devastation of OCD isn't seen in just the adult or child with the disorder. OCD negatively impacts the whole family. Families often destruct from the stress caused by the disorder. It's not unusual for the OCD sufferer to rely on family members to help alleviate their fears. The afflicted person may insist that a child, parent, or spouse check electrical outlets or may badger loved ones with constant questions for reassurance.

Many individuals with OCD fear contamination. Often, family members get banned from specific rooms or areas to prevent contamination of the areas. Family members may also be required to live up to unreasonable standards of cleanliness to satisfy the person with OCD.

In other homes, compulsions such as hoarding are so out of hand the home becomes a maze. Family members must maneuver through narrow trails and stacks of boxes and clutter.

What’s the Cause?
In OCD, the brain is essentially stuck, according to many researchers. It replays a particular thought over and over again, like a broken record. In other words, it tricks the individual and they cannot trust their judgment. Those who don't understand OCD often tell the afflicted, 'Why don't you just stop?'

But it isn’t that simple. Researchers believe the disorder is neurobiological. Therefore, the obsessions are not a matter of choice. Differences have been found in the brain of OCD sufferers through brain imaging techniques. Some studies have found abnormalities in the neurotransmitters, such as serotonin. The occurrence of OCD is also higher in families with depressive and anxiety disorders. For most people with the disorder, there's no known event that relates to their particular obsession(s). Still, researchers feel environmental stressors may play at least some role in the development of OCD for those who are biologically predisposed.

Is There Help?
Although there's no known cure for OCD, there are several treatments available. The two most common, effective, and proven forms of treatment for OCD are psychotropic drugs and cognitive behavioral therapy (CBT). Many doctors recommend medication in combination with CBT. Medication helps to normalize brain dysfunction making people more receptive to CBT. Then they can learn techniques through CBT to relieve or stop the intrusive thoughts and control compulsive behaviors.

There are also several treatments marketed for which there is not a preponderance of evidence to support their effectiveness. These include hypnotherapy, psychosurgery, and electroconvulsive therapy (ECT). So caution should be exercised if considering these methods.

The severity of untreated OCD generally tends to worsen over time. It can become completely debilitating. If someone in your family has symptoms of OCD, contact your mental health care provider for a confidential evaluation. With proper treatment, many OCD sufferers can lead healthy and productive lives.