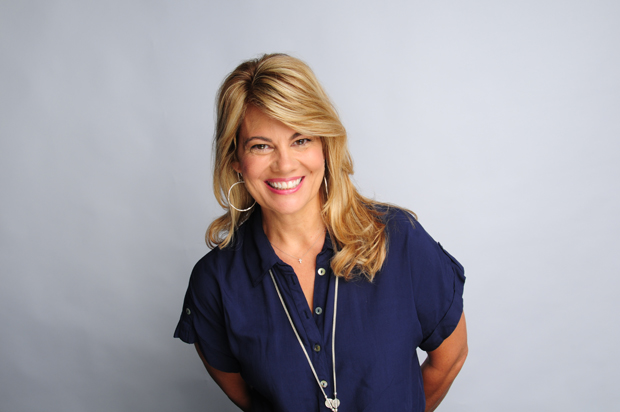 Hundreds of women throughout Mississippi and other states have attended South Central Regional Medical Center’s Women’s Life Conference since it began in 1990. The event has featured internationally recognized speakers, but South Central’s primary purpose for hosting the event is to educate women about important health related issues. The 2015 Women’s Life Conference will be one of the best yet featuring Actress, Author, and Inspirational Speaker Lisa Whelchel, best known for her role as Blair on the television series The Facts of Life.

Linda Gavin, vice president of marketing and business development at South Central, said, “Numerous lives have been saved over the years as a result of South Central’s Community Health Initiatives. Life-threatening conditions have been found at free health screenings; individuals have sought treatment after attending a Women’s Life Conference; or, after watching the medical center’s weekly HealthBreak program, which has aired weekly on WDAM since 1990. Our health care providers are focused on finding conditions early so the outcome is positive.”

“We began hosting the conference every other year beginning in 2011, due to the cost of the event,” Vanderslice said. “If it was not for our generous sponsors, we would not be able to keep our ticket price at $30 which includes a continental breakfast with live music; opening session with two nationally recognized comedians; a physician panel focusing on current health care topics; the keynote presentation by Lisa Whelchel; and a wonderful door prize luncheon.”

Planned for Saturday, April 25th at Jones Junior College in Ellisville, the Women’s Life Conference will feature one of the most inspirational speakers in America — Lisa Whelchel. Whelchel has been a part of women’s lives for over thirty years. She began her career at 13 years of age on The New Mickey Mouse Club and went on to star for nine years on The Facts of Life as Blair. After she completed her role on the hit television series, she was married and became a mother to three children. Since becoming a mother, she has authored over a dozen books and toured as an inspirational, international Christian speaker for women.

“Whelchel’s first book, Creative Correction was released October of 2000 and has sold over 200,000 copies. She went on to write over a dozen more books including, The Facts of Life and Other Lessons My Father Taught Me, So You’re Thinking About Homeschooling, The ADVENTure of Christmas, The Busy Mom’s Guide Series, and her most recent, Friendship For Grownups. With a goal to refresh and prepare other mothers, she is the founder of MomTime Ministries and Personal Mom Coaching.

As an international speaker, Whelchel has toured with Women of Faith, Extraordinary Women and Women of Joy. After placing in the top three on Survivor: Philippines, as well as winning Sprint’s Player of the Season which is voted on by fans, Lisa continues to pursue opportunities to encourage and inspire people everywhere.

South Central Regional Medical Center’s Women’s Life Conference will also feature nationally known comedian duo, Bessie and Beulah. “When comedians Becky Baker and Katie Blackburn throw on their loud and hilariously unfashionable costumes these feisty ladies will have the crowd standing, singing, dancing, and howling at their “stress-relievers” — everything from movies to money to mothers-in-law. The startling ending always generates delightful gasps of surprise!

Professional model, actress, author, speaker, teacher, and entrepreneur, Becky Baker brings experience, inspiration and motivation to audiences across America. She has taught at California State University at San Diego, University of San Diego, Palomar College and Chapman University and was selected to receive the Disney Teacher of the Year Award and the prestigious USCD Teacher of the Year Award. Becky’s production company, Brata Productions, stages live productions, and has produced a television pilot. In addition, Becky has authored two books, Joy Killers and The Do’s and Don’ts for Teachers.

For over 30 years her sidekick, Katie Blackburn, has been entertaining audiences through professional theatre and stand-up comedy. Her spontaneous humor and quick wit have enabled her to get through everything in life from divorce to death to raising her three children. Katie has also produced, written, and directed large productions for churches in Southern California. As “Bessie”, she has delighted audiences around the country and has shared the stage with Barbara Bush, Dan Quayle, and the late Paul Harvey. Katie was one of the founding members of SAK Theatre, which became one of the major entertainment attractions at Disney’s Epcot Center.

Gavin said, “Hospitals have a much larger responsibility than caring for the sick in a community. Hospitals serve as the hub for community health education and outreach programs to improve the health and wellness of the community. At South Central Regional Medical Center, we believe events such as the Women’s Life Conference provide a tremendous benefit to the community. Prevention is the key for a healthy community and providing the resources needed to remain healthy is South Central Regional Medical Center’s goal. When the public learns to watch for specific signs and symptoms in their health, they will seek the medical help they need.”

The date of the conference is set for Saturday, April 25th from 8 a.m. until 1:15 p.m. at Jones County Junior College in Ellisville. Check-in begins at 7:30 a.m. Tickets are $30 each and can be purchased by calling 601-399-0501, or by emailing Nikki McCraney at nmccraney@scrmc.com. Registration packets for the event will be ready to be mailed out to the community by April 1st. Back to Top
South Central Regional Medical Center | April 03, 2015
Categories:  Feature