How Much Sleep Do You Really Need? 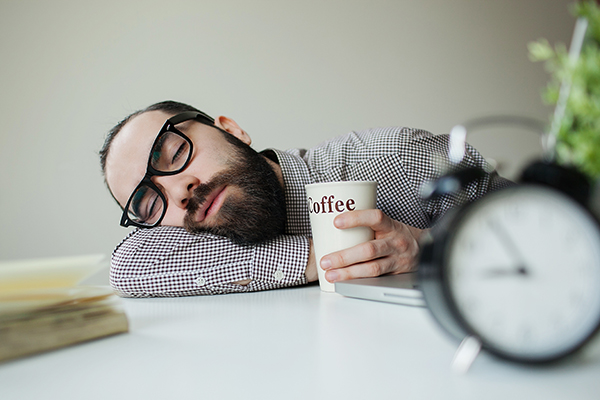 Animal studies suggest that sleep is as vital as food for survival. Rats, for example, normally live 2–3 years, but they live only 5 weeks if they are deprived of REM sleep and only 2–3 weeks if they are deprived of all sleep stages—a timeframe similar to death due to starvation. But how much sleep do humans need? To help answer that question, scientists look at how much people sleep when unrestricted, the average amount of sleep among various age groups, and the amount of sleep that studies reveal is necessary to function at your best.

When healthy adults are given unlimited opportunity to sleep, they sleep on average between 8 and 8.5 hours a night. But sleep needs vary from person to person. Some people appear to need only about 7 hours to avoid problem sleepiness, whereas others need 9 or more hours of sleep. Sleep needs also change throughout the life cycle. Newborns sleep between 16 and 18 hours a day, and children in preschool sleep between 11 and 12 hours a day. School-aged children and adolescents need at least 10 hours of sleep each night.

The hormonal influences of puberty tend to shift adolescents’ biological clocks. As a result, teenagers (who need between 9 and 10 hours of sleep a night) are more likely to go to bed later than younger children and adults, and they tend to want to sleep later in the morning. This delayed sleep–wake rhythm often conflicts with the early morning start times of many high schools and helps explain why most teenagers get an average of only 7–7.5 hours of sleep a night.

As people get older, the pattern of sleep also changes—especially the amount of time spent in deep sleep. This explains why children can sleep through loud noises and why they might not wake up when moved. Across the lifespan, the sleep period tends to advance, namely relative to teenagers; older adults tend to go to bed earlier and wake earlier. The quality—but not necessarily the quantity—of deep, non-REM sleep also changes, with a trend toward lighter sleep. The relative percentages of stages of sleep appear to stay mostly constant after infancy. From midlife through late life, people awaken more throughout the night. These sleep disruptions cause older people to lose more and more of stages 1 and 2 non-REM sleep as well as REM sleep.

Some older people complain of difficulty falling asleep, early morning awakenings, frequent and long awakenings during the night, daytime sleepiness, and a lack of refreshing sleep. Many sleep problems, however, are not a natural part of sleep in the elderly. Their sleep complaints may be due, in part, to medical conditions, illnesses, or medications they are taking—all of which can disrupt sleep. Other causes of some of older adults’ sleep complaints are sleep apnea, restless legs syndrome, and other sleep disorders that become more common with age. Also, older people are more likely to have their sleep disrupted by the need to urinate during the night.

Some evidence shows that the biological clock shifts in older people, so they are more apt to go to sleep earlier at night and wake up earlier in the morning. No evidence indicates that older people can get by with less sleep than younger people. Poor sleep in older people may result in excessive daytime sleepiness, attention and memory problems, depressed mood, and overuse of sleeping pills.

Despite variations in sleep quantity and quality, both related to age and between individuals, studies suggest that the optimal amount of sleep needed to perform adequately, avoid a sleep debt, and not have problem sleepiness during the day is about 7–8 hours for adults and at least 10 hours for school-aged children and adolescents. Similar amounts seem to be necessary to avoid an increased risk of developing obesity, diabetes, or cardiovascular diseases.

Quality of sleep and the timing of sleep are as important as quantity. People whose sleep is frequently interrupted or cut short may not get enough of both non-REM sleep and REM sleep. Both types of sleep appear to be crucial for learning and memory—and perhaps for the restorative benefits of healthy sleep, including the growth and repair of cells.

Many people try to make up for lost sleep during the week by sleeping more on the weekends. But if you have lost too much sleep, sleeping in on a weekend does not completely erase your sleep debt. Certainly, sleeping more at the end of a week won’t make up for any poor performance you had earlier in that week. Just one night of inadequate sleep can negatively affect your functioning and mood during at least the next day.

Daytime naps are another strategy some people use to make up for lost sleep during the night. Some evidence shows that short naps (up to an hour) can make up, at least partially, for the sleep missed on the previous night and improve alertness, mood, and work performance. But naps don’t substitute for a good night’s sleep. If a nap lasts longer than 20 minutes, you may have a hard time waking up fully. In addition, late afternoon naps can make falling asleep at night more difficult.

Your need for sleep and your sleep patterns change as you age, but this varies significantly across individuals of the same age. There is no magic “number of sleep hours” that works for everybody of the same age. But in general, people are not getting enough sleep. Whether the reason is a medical condition like sleep apnea, the availability of round-the-clock entertainment, or a jam-packed schedule, adequate sleep is crucial to your physical and mental health.

For more information on chronic sleep loss, contact Dr. Todd Gray at the Koala Center for Sleep Disorders, 309-319-6568 or online at bloomingtonsleep.com. The office is located at 2309 E. Empire St., Suite 500 in Bloomington. Dr. Gray is devoted to the management of sleep-related breathing disorders, such as snoring and sleep apnea, with oral appliance therapy as well as conservative treatment of temporomandibular joint (TMJ) disorders, headaches, facial pain, and teeth-grinding. Back to Top
September 02, 2019