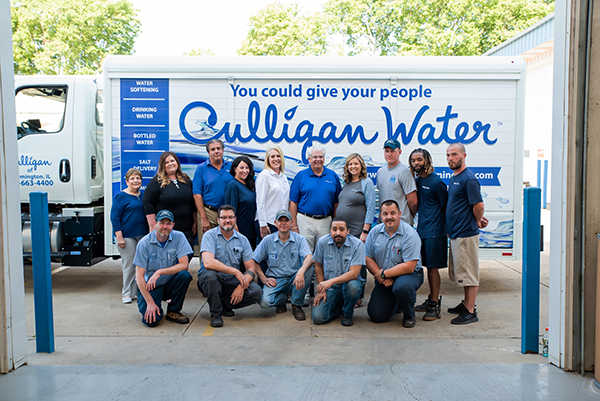 Water is pretty amazing stuff. We often take it for granted because we have so many ways to get it, but the fact of the matter is, without water, we wouldn’t be able to survive.

Water plays a huge role in the overall world economy. It is an essential ingredient to make crops grow and animals thrive. It’s vital for manufacturing many products and is a critical part of the transportation of thousands of raw materials and finished goods. Hydropower energy serves the needs of 28 million residential customers in the U.S. alone, and is very clean—no waste, air pollution, or greenhouse gasses. It is the most efficient way to generate electricity. We even use water for entertainment—swimming, boating, skiing, fishing, just to name a few.

But more than that, water is essential to each living creature in a very personal way. All forms of life depend on it. Our bodies are more than half water. Without it, we can’t survive more than a week or so. Not only is it part of our cellular makeup, it helps our systems work properly: cardiovascular, digestive, nervous—water is important for everything our body does in the moment-by-moment activity of living. Even our bones, the hardest parts of our bodies, have a significant amount of water in them; our brains have even more.

It makes sense, then, that the accessibility to water and even more importantly, access to clean water, is one of the most discussed and focused concerns on a worldwide level. Clean water makes a significant difference for survival because of its health properties. The problem is, water is easily tainted. It can pick up other elements and chemicals that aren’t good for our health—even to the point of being dangerous and life-threatening.

Living in central Illinois doesn’t protect us from contaminants in our water, even though access isn’t usually a problem—we have plenty of water; it’s just not all as clean as we want and need it to be. The possibility of having minerals and chemicals in our water is also dependent on where we live—rural versus city, public water or private well—there are naturally occurring elements that get into our water that make it taste and look funny, on the mild end of the spectrum, to those that can make us sick with gastrointestinal issues, serious health problems, or cancer on the other.

But how do we find out what those are or might be?

On a local level, this is where Culligan Water Conditioning can make a difference. Founded in 1956 by Richard Tarvin, Culligan Water Conditioning of Bloomington has been helping people find solutions to their water concerns for 64 years. Richard’s son, John, took over in 1982, and his daughter, Kourtney Tarvin Erbes, now serves as Vice President and General Manager of both the Bloomington franchise and the recently acquired Culligan of Champaign County franchise. Kourtney explains that a large part of her company’s role is educational. “When someone calls us and says their water tastes funny or looks cloudy, we can help them figure out what the cause is. And if it’s something that could be detrimental to their health, or if they simply want their water to taste better, we can provide solutions.”

Water Testing
When a customer calls Culligan with a concern about the quality of their water, one of the first questions they’ll be asked is where they live. “We know the different types of water supplies in the area, whether they are municipal, like Bloomington or Normal, or rural,” Kourtney explains. Although both Normal and Bloomington are municipal suppliers, their water sources are different, so they have different considerations. And the rural areas are different as well—some communities might have more naturally occurring arsenic while others have methane. “There are some rural areas that you could literally light a jug of water and it would burn because of the methane gas,” she says. Fertilizer run-off and iron are other contaminants to check. Rural private wells should be tested at least annually, either by the health department or a water treatment company like Culligan.

But they don’t just make a guess based on where you live. A trained Culligan technician will then come out to perform a free basic water analysis that includes information about total dissolved solids (TDS), pH (the acidity of the water), iron content, nitrates, and chlorine. That analysis provides instant results, which give the technician a good idea about what needs to be filtered and what would work best for the customer’s needs based on what they want their water to taste like. Other testing can be done for additional contaminants that further define what should be addressed as far as water quality and safety.

Water Treatment
Once the testing is done and the water has been analyzed, Culligan can personalize a solution that meets each client’s needs. Some find that renting a cooler with several 5-gallon water bottles works. “That’s certainly an option, but if you get more than four 5-gallon water bottles in a month, it’s financially more economical to get a reverse osmosis system,” Kourtney says. “To rent the cooler and get four or more water bottles costs about $27. We can do a reverse osmosis system for as little as $18.95 per month!”

In fact, a reverse osmosis system is even a better option financially than using the pitcher or refrigerator filters. Those are limited in what they can remove from the water, as they only use a carbon filter, and replacement filters can cost more than $25 a month. Culligan’s reverse osmosis system provides better tasting water, with more contaminants removed (depending on what’s in the water in the first place)—plus it can be hooked up to the refrigerator and icemaker—for less money every month. A reverse osmosis system is even cheaper than getting three or more cases of bottled water at the store, and it would eliminate a significant number of disposable plastic bottles from being added to the landfills.

Reverse osmosis is a multi-step process to remove contaminants from the water. In the pre-filtration step, pressurized water moves through a particle filter to remove salt, sand, and sediment and then passes through an activated carbon filter to trap and remove minerals, chlorine, mercury, copper, and pesticides. The reverse osmosis step forces the water through a semipermeable membrane to remove even the smallest impurities, leaving only the water. The contaminants are flushed away in the drainage step, then the treated water moves to the storage tank where it is held until the faucet is turned on. The water also passes through another activated carbon filter prior to coming out of the faucet.

Kourtney explains that Culligan’s AquaCleer Advanced Drinking Water can be customized by using up to 14 different filter cartridges. For example, people who prefer a more mineral taste to their water can have a mineral cartridge, while others may want a Total Defense Cartridge to filter out arsenic and traces of estrogen and other similar contaminants. Some municipal water treatment plants add chlorine or fluoride to the water; Culligan filters can be customized for those who don’t want those additives, or don’t want as much of them, in their water.

For those who don’t have the space for a reverse osmosis storage tank, a new product was recently introduced that will provide the same high quality, clean water. This system, called the Aquasential Tankless RO, features a booster pump and larger membrane so that water goes through the reverse osmosis process on demand. With these options and more, Kourtney says, “We literally build the package based on what the customer wants and needs regarding their water.”

Drinking water isn’t the only water treatment Culligan provides. For those households with hard water, Culligan offers water softening systems that remove magnesium and calcium. These are the minerals which cause film or stains on shower doors, bathtubs, and faucets; dry skin and sticky, dull hair; and clothes that don’t look or feel clean. To remove these minerals, the hard water flows through a bed of resin beads covered with sodium or potassium ions; the minerals stick to these ions, leaving “soft” water. Soft water is better for your skin and does not cause the mineral build-up that can damage appliances or use more soap and detergent than necessary.

Essential for Residential and Business Customers
Many people only consider the importance of clean water as it relates to their own personal consumption, usually at home or maybe at the office (the proverbial “water cooler”). But Culligan has an important role for several businesses as well. For example, Culligan provides some laboratories at universities and hospitals the higher quality water that is needed to run tests or sterilize equipment. They also provide the tanks and equipment for several surgery centers and dentists’ offices. The healthcare industry requires high quality water to maintain the highest level of safety for patients.

During the ongoing COVID-19 situation, Culligan has been active in helping the community through donations of bottled water to the Midwest Food Bank and McLean County Chamber of Commerce efforts to make sure those who need food and water are receiving it. “It’s very important to us to give back to our community,” Kourtney explains. “We are a family franchise and will go out of our way for our customers, both residential and commercial.” She notes that at the beginning of the shelter-in-place mandate, their office was inundated with calls from current and new customers who wanted to be sure they had enough drinking water.

Listening to a customer’s health concerns and finding a solution at a price point that works for them is the foundation of Culligan Water Conditioning of Bloomington’s success. It’s been that way for 64 years and will continue to be that way for years to come—because clean water is vital for good health.


Culligan’s reverse osmosis system is certified to reduce 99.9 percent of more than 100 EPA-regulated contaminants. Some common contaminants or water-quality concerns may be surprising: