Fruit of the Vines: Tomatoes 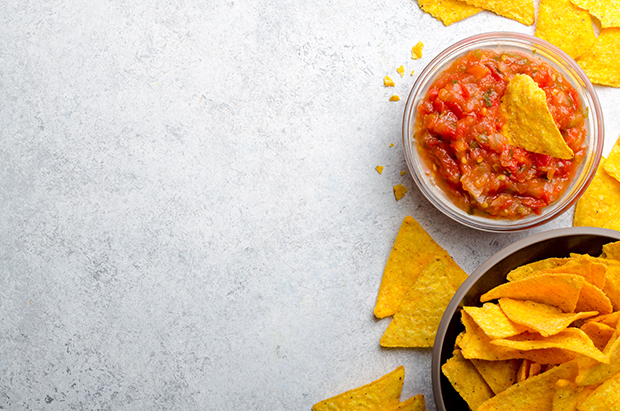 A person wiser than myself once blithely stated, “Intelligence is knowing a tomato is a fruit. Wisdom is not putting it in a fruit salad.” Although the taxonomy of the tomato has been a subject of some rather nerdy but nonetheless hotly contentious debate, a fundamental truth stands: most of us can agree that tomatoes are rather delicious. It’s my conviction that anyone who is not a tomato fan has only had the strangely dry and mealy tomato slices that one receives on assembly line fast food hamburgers and has never had the pleasure of having a ripe, late-summer tomato fresh from the vine.

Love them or hate them, tomatoes have been a mainstay of worldwide cuisine for centuries. Originally a South American native species, the conquest by the Spanish brought them to Europe and the wider world where they have been enriching our sauces, adorning our salads, and convincing adolescents to eat their chicken tenders without complaint ever since. The tomato is a versatile fruit: it can be the juicy star of a Caprese salad, the subtly spiced sauce for pasta or to go with tortilla chips, the prefect adornment of a carefully grilled burger, or a sundried delicacy atop your salad or pizza. Tomato seems to go with just about everything, to the point where it would be easy to pity a person with a tomato allergy. With the panoply of tomato varieties from sweet, to earthy, to savory and their wide variety of textures, colors, and sizes, there is a tomato for just about every type of cuisine or concoction you can cook up. Even better — tomatoes are ridiculously good for your health.

Tomatoes have, in many circles, earned the “superfood” appellation, of which there is no medically accepted definition. As close as it comes would be to say that calorie for calorie, nutrient for nutrient, the tomato and other foods to win this label are dense in benefits, low in drawbacks, and efficient sources of both nutrition and health. Because tomatoes do come in such a wide variety, its hard to speak shortly about their individual merits; there are, however, a number of properties which can be discussed broadly with few exceptions.

Most notably, tomatoes are an excellent source of lycopene: the phytonutrient responsible for their bright-red coloration. Lycopene works double duty: on one front, it is an antioxidant that combats oxidative stress in the body — the eroding forces that lead to the sort of cellular damage that is a precursor to cancer — and on the other it is a carotenoid that promotes healthy circulation through its anti-inflammatory properties. It’s worth noting that, typically, processed foods have lower nutrient profiles and concentrations than raw food. This is not the case with lycopene: foods like tomato sauces and ketchup have almost half again as much lycopene as raw tomatoes. It should be carefully considered, however, that processed foods do often contain other additives that offset that minor benefit (often in the form of increased sodium and refined sugars).

Less noticeable than the common red color of most varieties are the orange-yellow undertones and striations in tomatoes that indicate the presence of beta-carotene. Beta-carotene is another carotenoid which the body synthesizes into vitamin A, which in turn further reduces oxidative stress, protects the skin, promotes vision health, and doubles down again on anti-inflammatory agents.

Also present is a fair share of vitamin C, about 23mg in a one-cup serving to be precise. Vitamin C is famous, of course, for its general promotion of immune health, as well as increasing the efficacy of iron absorption, which can be added to a tomato’s long list of cardiovascular benefits.

This one-cup serving of tomatoes will also provide you with around 12 percent of your daily need of potassium. Potassium is yet another compound that is great for cardiovascular health by lowering blood pressure. It is also useful in preserving fluid balance in tissues, making it more powerful in combination with the other inflammation-fighting properties in tomatoes — perfect to prevent muscle aches after a workout.

A singular cup of tomatoes only has about 32 calories, which is a rather light footprint. That same cup contains almost two grams of protein for satiety and long-lasting energy, two grams of mostly insoluble fiber for more fullness and bowel health, and about five grams of simple sugars.

The versatility of the tomato is rivaled only by its ability to be notoriously difficult when selecting them at the store. To select the best tomato, a balance must be struck. Choosing a tomato that is too soft means that it will quickly reach the end of its useful shelf life. Selecting a tomato that is too green or firm means that it may have been picked before maturity, and will have less flavor, fewer nutrients, but a longer shelf life. The best bet is to find tomatoes that feel heavy in your hand, have a smooth, unwrinkled skin, and have a slight aroma. Be weary of blemishes and soft spots — they seem to exponentially increase the ripening and rotting of tomatoes. If you happen to have a few spare tomatoes that are past the time they are able to be sliced easily, worry not: they are not automatically bound for the compost pile. Slightly overripe tomatoes make fine candidates for sauces and purees. As for storage, resist the temptation to refrigerate your tomatoes in waiting, that is, unless, you like them mushy and bland. The countertop is a far better place to keep them ripe and fresh unless they’ve already been sliced, in which case, it’s better to keep the bacteria away by placing them in the vegetable crisper drawer and only for a few days at most.

An additional word of warning is needed with tomatoes — the fruit has consistently scored mid-range on the Dirty Dozen list, which means that many batches are likely treated heavily with pesticides. Given that most tomatoes are eaten with the skin on, this poses a slow, but nonetheless important health risk. The best option with tomatoes is to go for the organic varieties. Going organic may also get you a better tomato overall. Organic produce tends to be grown in smaller quantities that receive closer attention from farmers. It takes some babying to grow a great tomato: proper ratios of heat and water are especially important. Not only does going organic increase the chances you’ll receive a pampered and tasty tomato, they’re less likely be grown on the same bulk scale of industrial produce, therefore they likely are grown in richer soil, and picked closer to their optimal ripeness. If you’re up to the challenge, I am still of the opinion that a homegrown tomato, right off the vine is still the best way to enjoy the late summer produce.

Salsas that are crushed instead of pureed tend to be superior. Crushing pushes the flavor out of the ingredients into the saucy part of the salsa without homogenizing it, creating a more complex taste.

Instructions
Place all the ingredients in a bowl in which you can crush them until the tomatoes are mostly pulped (a potato masher works just fine for crushing them, and a Mexican molcajete, a sort of mortar and pestle, works wonders). Give everything a quick stir to make sure all the ingredients are evenly distributed. Allow the salsa to sit for at least 10 minutes for the flavors to meld.

Options: Stir any or all of the optional ingredients into the salsa after the main ingredients have been crushed.

Making it simple: Instead of crushing the ingredients, pulse them three or four times in a food processor.

This recipe and others may be found at
www.pcrm.org. Back to Top
September 06, 2018