No one will ever forget the magical 2004-2005 Illinois Men’s Basketball team that made it to the national championship game. Especially me, since I am an Illini grad and former member of the I-Block and the Orange Crush cheering sections. What a team! What a run they had! Recognized as the best Fighting Illini team ever, Illini fans still follow the careers of the starting five: Dee Brown, James Augustine, Luther Head, Roger Powell, and Deron Williams. Williams has had the most notable career of the crew. After being selected third pick in the NBA draft, he was selected to the All-Rookie Team, became a three-time All-Star, and a two-time Gold Metal Champion on Team USA.

Once tabbed as the top point guard in the NBA, Williams’ dominance has declined in recent years because of painful ankle injuries that limited his full range of motion. Despite receiving platelet-rich plasma therapy and cortisone injections to ease pain and inflammation, Williams only had short-term relief. He was not able to compete in his true explosive and effective form. As a foot and ankle surgeon, I know how devastating ankle problems can be, especially on a world-class athlete who depends on his feet. 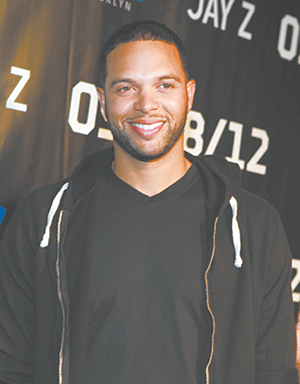 This past season, he missed over 18 games mostly due to an ankle sprain. His average points, assists, and minutes per game were also the lowest since his rookie year. Williams openly expressed his frustration and loss of confidence because of limited mobility on the court. Having completed his second year of the five-year, $98 million contact, Deron decided to have surgery.

According to the Brooklyn Nets press release last week, Deron had surgery on both ankles. Arthroscopic surgery was performed on his left ankle to remove bone spurs in the front and back of his ankle, and to clean the ankle joint. He also had a bone chip removed below his right ankle joint.

Anterior Ankle Joint Impingement
Deron’s condition is medically referred to as anterior ankle joint impingement syndrome. This is a very common problem with athletes and is usually caused from jamming the front portion of the ankle joint (forced dorsiflexion). This is seen in basketball players descending from a rebound or landing after a drive to the basket, volleyball players landing after blocking a shot or lunging for a dig, soccer players kicking or executing a body feint, and dancers doing plies or barrel roles.

Microtraumas and improper healing often cause bone spurs on the distal tibia and dorsal talus (basically the ankle joint) and cause impingement with motion of the ankle. It usually impinges the front portion of the ankle joint capsule and can cause intense pain, almost bringing you to your knees in agony.

This condition is easily taken care of with ankle arthroscopy. Through two small incisions, we can clean out the bone spurs with the ankle scope and clean out the synovitis (inflammation of the joint lining) and provide significant relief with minimal recovery time. Often, the patient can walk on the same day of surgery.

If lateral ankle instability is an issue as well, from chronic sprains with torn ligaments, a small incision can be made laterally after the ankle arthroscopy to sew the ligaments together to provide stability to the ankle joint. There are times that the chronic ankle instability can be bad enough that tendon grafting has to be done to reconstruct the ligaments, but this is rare, and seen only in extreme cases.

Deron Williams is expected to have a full recovery and dramatic relief of ankle pain after surgery. For the next month and half, he will be on crutches and begin rehab until light workouts begin in August. The Illini Nation and Brooklyn Nets will all celebrate when he gets back to training camp in the early fall.

Dr. Sigle is a board-certified foot and ankle surgeon with years of experience in performing arthroscopic surgery. He also received comprehensive foot and ankle arthroscopy surgical certification from the American College of Foot and Ankle Surgeons. Athletes who experience ankle sprains or pain are welcome to see him at the Foot & Ankle Center of Illinois for a diagnosis and treatment. The Illinois Laser Center is also the only clinic in central Illinois that has a Cutting Edge MLS Laser that is used by several NBA, NFL, and MLB teams. To learn more about this treatment, visit
myfootandanklecenter.com.