Fight Back Against Parkinson’s Disease With Exercise! 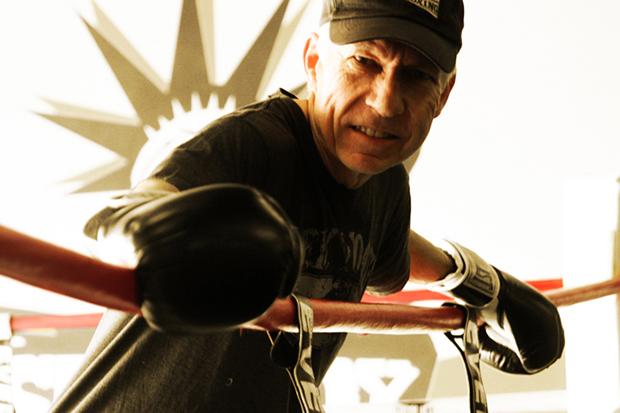 According to the Parkinson’s Disease Foundation, as many as one million Americans live with Parkinson’s disease. Approximately 60,000 Americans are diagnosed with Parkinson’s disease each year, and this number does not reflect the thousands of cases that go undetected. Parkinson’s disease is a progressive, degenerative neurological disease that, unfortunately, has no cure. People with Parkinson’s disease experience a loss of motor and non-motor function due to a decline in the production of a neurotransmitter in the brain called “dopamine” which is responsible for brain-to-muscle communication. The symptoms and signs of Parkinson’s vary from person to person. Symptoms often  begin on one side of the body and remain worse on that side, even after symptoms begin to affect both sides. The most common signs and symptoms of PD may include the following:
Currently there are medications that can temporarily relieve the symptoms of Parkinson’s, and there are several medical studies which show that forced intense exercise can slow the progression of this disease. Boxing is one exercise in particular that is getting a lot of attention for its positive effect on Parkinson’s patients. At first, you may think this is a contradiction, but a program called Rock Steady

Boxing is helping thousands of Parkinson’s patients all over the world fight back against their disease. This program, which started in 2006 in Indianapolis, uses non-contact boxing-inspired fitness to focus on balance, hand-eye coordination, speed of movement, agility, strength, and mental focus.

Stephanie Combs-Miller, an associate professor and director of research at the University of Indianapolis Krannert School of Physical Therapy, has been studying the effects of this program on people with Parkinson’s disease for eight years. She has found in her research that those who participated in this high-intensity program showed more improvement in their balance, flexibility, and overall quality of life than those who participated in other forms of exercise.

While forced, intense exercise of any kind, such as cycling or strength training, has shown positive improvements with people battling Parkinson’s disease. Boxing focuses on exercises that target the main symptoms associated with this disease. A boxer training for a fight will focus on agility, muscle power, balance, speed, rhythm, and hand-eye coordination in order to defeat and fight back against their opponent. For the participants in Rock Steady Boxing that opponent is Parkinson’s Disease.

Advocate BroMenn Health & Fitness Center, located at 1111 Trinity Lane in Bloomington, has recently added Rock Steady Boxing Classes. This new medically based fitness facility is open to anyone, seven days a week, with exercise professionals on staff at all times. The Center includes a warm water hydrotherapy pool, lap pool, group classes, and a 1/12 mile track. For more information call 309-433-9355. Back to Top
April 02, 2018
Categories:  Physical