Dizziness — Not All Fun and Games 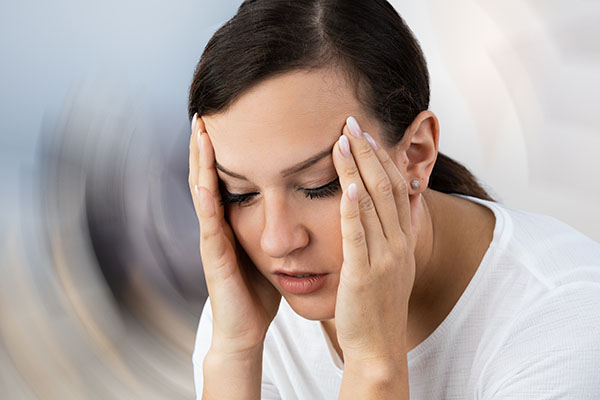 As children, many of us couldn’t wait to get to the playground and hop on the spinning rides. Sometimes they would move so fast, kids would be thrown off in every direction. Other times, playing party games such as hitting a piñata, would require us to spin around in circles until we were completely dizzy. As the other kids looked on and laughed, we would swing with all of our might while simultaneously stumbling in every direction until we lay prostrate on the ground. This was repeated again and again until everyone had his or her turn to become sufficiently dizzy.

To a child, dizziness can be a source of great excitement. However, to an adult the opposite is usually true. It can be miserable and debilitating. When this occurs in adulthood, we typically call it vertigo. Many times vertigo occurs without warning and typically involves the feeling of intense spinning in the head. One of the most common causes of vertigo is something called Benign Paroxysmal Positional Vertigo (BPPV). BPPV describes the situation where the spinning sensation lasts only a few minutes and often stops by itself. There may be recurrent episodes without any specific reason or cause. It is often a frustrating situation for patients because the episodes are frightening and difficult to predict. BPPV is related to what is called the “labyrinth system” in the inner ear.

The labyrinth system is located in the inner ear and is responsible for maintaining balance in the body. There are three semicircular canals that contain nerve endings and the fluid that tells the body where it is in relation to gravity, almost acting like a gyroscope. Small crystals sit on top of the nerve stalks and, should they fall off, can cause irritation to the fluid contained in the canals. This can lead to vertigo—the sensation that the head is spinning in relation to the rest of the world.

The cause of BPPV is often a mystery and in about half of the occurrences, the cause is never found. It is unclear why crystals become dislodged in the inner ear. It may be due to minor head injury or repeated head movement. Other causes can include viral infection, nerve inflammation, medication side effects, and/or rapid head movements. Symptoms are the same feelings people experience when they spin around in a revolving chair or amusement park ride and then suddenly stop. More specific symptoms can include loss of balance, nausea, vomiting, or something called Nystagmus (involuntary eye movements).

Diagnosis of BPPV begins with the healthcare practitioner taking a detailed history and performing a physical examination. This examination will usually focus on a neurological exam. The practitioner will want to assure there is normal movement and sensation in the patient’s body and will normally include physical tests of the person’s balance.

Many times BPPV can be treated through manipulation of the crystals in the inner ear. It typically requires that the crystals causing inflammation in the semicircular canals be moved out of those canals. This can be done by Epley maneuvers, where the head is taken through a series of position changes that allow the crystals to be emptied out of the canals. These maneuvers require a special skill set. Some practitioners are skilled in this procedure, which can take a patient from being immobile with intense nausea and vomiting to begin functioning normally again with no symptoms.

If you have been experiencing these symptoms, see your health care practitioner. While BPPV can be a debilitating condition, there is relief. Don’t let vertigo keep you from doing the things you love!

Audibel Hearing Healthcare has been serving the Pine Belt with the highest level of care for over 50 years. With 11 offices throughout south Mississippi and Alabama, Audibel delivers the best technology research, quality instruments, and customer service in the hearing industry while offering the highest quality, American made hearing aids available. They also offer custom swim plugs, ear plugs, musicians in-ear monitors, hunter’s ears, and many other hearing protection products and services. Call 601-329-2946 or Toll Free at 1-888-354-2143 or visit them at www.audibelms.com for your free hearing exam and start experiencing Better Hearing, Better Life today! Back to Top
March 09, 2020