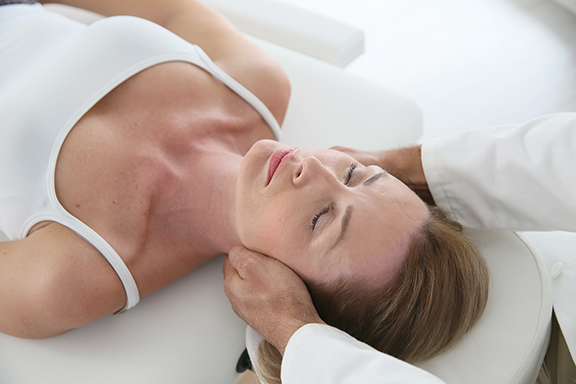 As a specialist in the upper cervical spine, Dr. Schurger helps people find root-cause relief for a variety of secondary conditions through corrections in the positioning in the vital craniocervical junction. Below are the testimonies of people who have found relief and renewed enjoyment of their lives through chiropractic care.

Pam
“I am a person who is careful with trying everything that I find medically. I have felt badly for several years from migraines and was told I might have fibromyalgia. I was low energy; I just never felt really good. I tried exercise, which I still do. It’s a great help to me, but I still felt bad a few hours later. I tried every supplement I could find; I still do that as well. It helped some, but I still didn’t feel well. My husband found an ad in a Healthy Cells Magazine at our gym, advertising Upper Cervical in Springfield. We had two visits prior to my first treatment. We talked to some of his current patients in the waiting room and some outside as they were leaving. They all said that what he did for them was life changing, so I decided to give it a try. Well, I am telling you it is life changing. I’ve never seen anything like it! It’s so easy; there is no pain — none at all! All he does is tap you behind your ear. I know what you’re thinking, but believe me it works. I wished I could tell everyone I know with health issues about Dr. Schurger. After my first alignment, my nose tingled, lips tingled, and my ears opened up, I could hear better, my eyes teared up (I have dry eye), my stomach started to growl, and my fingers and ankles stopped hurting. Dr. Schurger told me that blood was flowing down my spine to all the places it needed to go because the procedure opened an area that was restricted. I am not kidding, this is amazing. I have never experienced anything like this; it’s changed my life for the better. He’s a wealth of knowledge on anything diet related, he recommends supplements that have helped me, and recommended a new pillow to help me sleep better. Please visit his website and read all the pages. Dr. Schurger is the nicest man because he listens to you and he really cares how you feel. This treatment has been a godsend for me. I was at the end of my rope with my health. I am so thankful my husband found Dr. Schurger; he’s the best. I highly recommend Upper Cervical Springfield Clinic.”

Joe and Danielle
This young family has no romantic notions about their journey; without chiropractic care, Danielle would have lost her life. Danielle had always had health issues, but none she couldn’t overcome or live with. Her wake-up call began with a persistent, week-long headache that she couldn’t shake. Soon after, the pain increased steadily, leaving her with an ever-present migraine that continued to worsen. Their physician referred them to a neurologist, and after an exhausting battery of MRIs, X-rays, CT scans, and other tests, nothing could be found to indicate a condition or the source of it. After months of experimenting with treatment regimens, Danielle had endured 33 different pharmaceutical treatments and over 113 injections to the neck and face. Relief was minimal. Even extremely potent painkillers would work only moderately for 10 to 15 minutes before she suffered excruciating rebound headaches. Running out of options, Danielle was given a prescription for an anti-seizure nose spray whose side effects included a marked increase in the probability of a stroke.

During this grueling gauntlet of treatments, Danielle’s health and quality of life quickly degraded. From October 16th of 2017 to early March, the effects of the chronic and crippling pain and experimentation with ineffective drugs took their toll. Formerly an active and able caregiver for her young daughters, three elder family members, and a young baby, Danielle had began to succumb to the stresses of bodily pain and the lost hope of relief: sleep was almost impossible, her appetite and ability to eat withered, her ability to walk degraded until she had to use a wheelchair, lights and sounds became overwhelming and painful, her hair thinned and shed in clumps, her skin became sallow, she lost the majority of her vision, her bowels all but ceased, she suffered blackouts, and the sensation in her extremities numbed. She could no longer work or care for herself, let alone her children. Danielle could do little else besides sit in her bedroom and literally scream in pain. Her body appeared to be giving out, and the family began to prepare for her passing.

On a recommendation from a friend of her aunt, Joe and Danielle scheduled an appointment with Dr. Schurger. Their hopes were low considering her state and the fact that general chiropractic had failed to bring Danielle relief in the past. Dr. Schurger discovered that Danielle’s cervical spine was shifted from its proper position, strangling communication to the rest of her body and nearly locked the plates of her skull into place. Given six additional months, she would have likely suffered a series of increasingly potent strokes.
The problem wasn’t a sudden onset of a disease, it was the result of 25 to 30 years of a shifted cervical spine that had slowly been growing worse, throttling neural activity to her body and brain, and compounding bodily dysfunction.

She described her first adjustment by Dr. Schurger as sweet relief. Immediately, she was in significantly less pain and sensation began to surge back into her hands and feet. In the months since, Danielle’s hearing has returned, her vision is greatly improved, her hair is growing back rapidly, her memory and recall are returning, she can walk without assistance again, and her skin is brightening. Most importantly, her pain has decreased sharply. She still has bad days, but she says her “worst" is getting better all the time. Danielle has returned to driving and caring for the couple’s young daughters, and she hopes to return to working some day soon. Her condition continues to improve slowly as Dr. Schurger works to retrain her muscles, tendons, and spine’s ability to hold themselves in the appropriate posture, but all parties are hopeful that she should see a near-full recovery in a handful of years.

Although the adjustments have given health and hope back to Danielle and Joe, they say one of the most comforting things about their interaction with the doctor was his demeanor. After exhaustively searching for answers, they found him to be dedicated to finding the root cause of Danielle’s illness and very understanding of her frustration from failed treatments. The couple felt like Dr. Schurger was very responsive to their complaints and their reports of her symptoms — he worked with them rather than around them and educated them in the technicalities of her condition and in lifestyle modifications to help facilitate relief in the entire family.

As an engineer, Dr. Schurger looks at the whole body as a system to determine what is best for each patient. Custom spinal imaging is performed for each patient in order to create a custom correction. Dr. Schurger has transformed himself through the ketogenic diet and offers nutritional advice to help patients improve their overall health (weight loss being a side effect). His practice, Upper Cervical Springfield is at 450 S. Durkin Drive, Ste. B, Springfield. Call 217-698-7900 to setup a complementary consultation to see if he can help you with a neurostructural shift in your spine. Back to Top
December 08, 2018