Could YOU Have a Sleep Disorder? 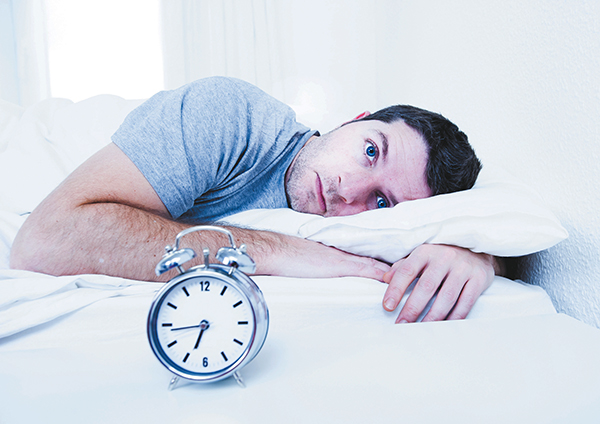 It’s very likely that you, or someone in your family, suffers from sleep apnea, and doesn’t know it. Millions of Americans have sleep apnea, but 80–90 percent are undiagnosed and untreated. Why? Partly because some of the telltale symptoms—such as snoring, gasping for air, and silent breathing pauses that can last seconds to minutes—occur during sleep; partly because some people do not exhibit any of the classic symptoms; and partly due to the many misconceptions people have about the disease. This is not a trivial matter as sleep apnea can have severe health consequences over time if left untreated. The disorder has been associated with an increased risk of high blood pressure, heart attack, stroke, obesity, diabetes, and glaucoma. And new findings indicate that pregnant women with sleep apnea have a higher chance of developing high blood pressure and giving birth prematurely.

The fallout is not just on individuals, but the public at large because many with the disorder feel persistent sleepiness even after a full night’s sleep. Untreated sleep apnea has been associated with lower work performance and a higher risk of accidents on the highway and at job sites. Currently, there is not a convenient, easy way—like a blood or urine test—to diagnose sleep apnea. The only way to diagnose it is to have a sleep study that measures your breathing while you sleep. This can take place either at home or during an overnight visit to a sleep disorders clinic. The CDC estimates that 50–75 percent of adults with symptoms of sleep apnea have not ever discussed their condition with a physician. Therefore, people and physicians must become more familiar with the symptoms and dangers of sleep apnea, and be more proactive in getting it diagnosed and treated.

So, what do you need to know? Here’s a quick rundown:
Bottom line: anyone who has trouble sleeping or often feels sleepy or fatigued during the day, despite getting the recommended seven to eight hours of sleep, should speak to their health care provider to determine the cause. Because poor sleep is commonly attributed to factors like stress, diet, or environment—especially for those who do not have other symptoms or do not fit the stereotype—it’s important to rule out sleep apnea as the cause of poor sleep. If the cause is not sleep apnea, then the next steps can be taken to resolve the problem.

There is no question that sleep apnea is a serious disorder that is woefully underdiagnosed and therefore untreated. As more people become aware of the condition and misconceptions are eliminated, hopefully, more people will seek help. People are often so accustomed to feeling sleepy during the day that they just get used to it. It’s not until they finally experience a restful night’s sleep for the first time that they realize how much better they feel.

At the Koala Center for Sleep and TMJ Disorders in Bloomington, IL Dr. Gray is trained to manage Sleep Apnea with oral appliance therapy by conducting an oral and airway evaluation to see if you are a candidate for a comfortable and easy-to-wear custom fabricated oral sleep appliance. For more information, contact him at 309-319-6568 or bloomingtonsleep.com. Dr. Gray also provides treatment for snoring and Temporomandibular Joint Disorder (TMD). Back to Top
May 09, 2022