Back Pain: When Is Surgery the Solution? 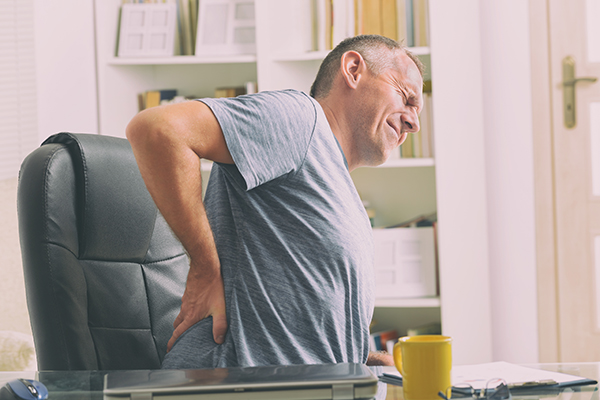 One of the most common complaints patients will have in their life is back pain. In the United States, spine complaints are at historic levels. So, too are the number of surgeries, as well as the complexity of the procedures being performed. A major issue is that there is little consensus on the cause of back pain in many patients, never mind what are the best solutions.

The lumbar vertebrae have a lot of work to do. They are the frame that supports most of the body weight, and translates that weight onto the pelvis and legs. With the United States experiencing an obesity epidemic, we have lots of overworked lumbar spines. In addition, tobacco use, poor physical conditioning, and increased sedentary lifestyles are contributing to record numbers of patients that are complaining of back pain.

The majority of patients with back pain do not need to get MRI’s or CT’s, and they do not need to see a neurosurgeon. This is because most back pain is mechanical in nature, meaning the back is either being worked too hard, or being stressed by using it poorly. Most people have heard that they should lift objects—especially anything heavy—by using their legs, not their back. But people often ignore such sage advice, until they realize the painful error of their ways. Once the back is injured, recovery can be slow and difficult.

Too many patients with pain seek out surgical intervention, when exercise, therapy, and time will resolve the pain. In fact, a good friend of mine, who is a noted expert in spine surgery, was quoted in the New York Times as saying that 50 percent of patients receiving spine fusions did not need them!  This is not to say that people should not seek medical care when they have back pain—only that most often, a slow recovery without surgery will be indicated. But there are times when surgery is necessary and an evaluation by a neurosurgeon is warranted. The following example illustrates my point.

This winter I met up with a fellow rider after meeting him on a motorcycling forum. We met for some coffee on a brutally cold and snowy day (both driving trucks that day), to talk about bikes and getting together for a ride sometime. Unfortunately, the next time I met him, it was in my office, and he was suffering terribly. He had been doing some arduous work with a sledgehammer, when he felt pain in his back and his legs. He quickly developed weakness in both of his legs, such that he couldn’t lift the front part of his feet up. This is referred to as bilateral foot drop. He felt he could just work through the pain and thought it would get better. His mistake, potentially life altering, was in not seeking any medical care. If he only had rip-roaring back and leg pain, his pain would have likely resolved on its own within a few months.

However, he had new onset profound weakness, not just pain limited movement, and he spent weeks trying to recover. He was too stoic to impose on our new friendship and call me. When he finally limped into my office, he had not been able to lift his feet for more than 3 weeks. His career was in jeopardy. A recently obtained MRI showed a large herniated disc, and near complete obliteration of the space usually occupied by the nerve roots. I had a difficult conversation with him, basically saying that his deficits were likely permanent at this point, but I would do my best to help him.

The good news is that surgery, and his hard work, resulted in a near miraculous recovery. He is returning to work and will be able to ride again soon. This case will forever fascinate me. The chance of full recovery was dismal, so the excitement of watching my patient walk into my office unaided is beyond description! Now, when we finally get that ride in, I will enjoy it more than I ever could have imagined.

I strive to communicate how important it is to not seek out surgery for most instances of back pain. So how do I reconcile that message with what happened here?  Though in the end “all’s well that ends well,” my new friend almost sustained a devastating permanent injury as a consequence of waiting, when in this case, emergent surgery was needed. The key difference is that he had much more than just  pain, or problems moving because he hurt. He had a neurological deficit that meant he was not able to move his feet in one direction. New neurological deficits must be evaluated by a competent care provider, and a definitive diagnosis of what has caused that deficit must be identified. Once the exact pathology has been identified, only then can a physician determine if the pain should be managed with conservative measures, or if surgery is indeed the appropriate treatment.

Dr. Charles L. Rosen has recently joined the team at Central Illinois Neuro Health Science (CINHS). He is a neurosurgeon specializing in cranial base and neurovascular surgery. For more information, you may contact CINHS at 309-662-7500 or visit them online at www.cinhs.com. Their office is located at 1015 S. Mercer Ave. in Bloomington. Back to Top
December 09, 2019