Are Water Treatment Systems Worth the Investment? 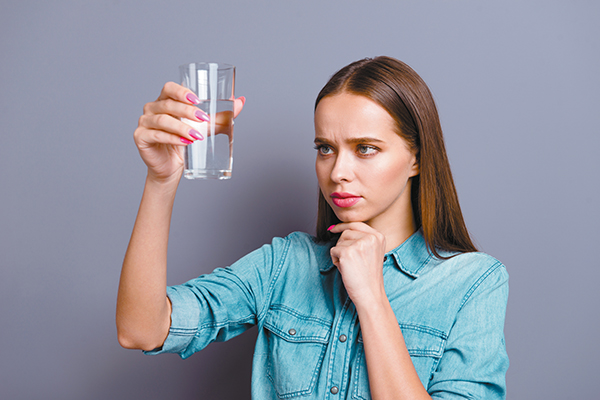 Submitted by Tarvin’s Culligan of Bloomington

Water treatment is any process that improves the quality of water to make it appropriate for a specific end-use. In a home, the end use may be drinking, bathing, doing laundry, or filling up a swimming pool. These systems are worth the investment for safety reasons alone, although they also offer many other benefits.

Water Treatment Systems Make Water Safer
Clean water is a fundamental baseline to human health. But even in the United States it’s not as readily available as you might think. Here are the facts:
It’s clear that while the Environmental Protection Agency sets national regulations and standards for public drinking water, this system is not foolproof. Many Americans put their health in their own hands by installing water filtration systems as extra protection.

Well Water vs. City-Treated Water
An important distinction between well and city-treated water is that private wells are not regulated. So the federal rules that govern public water systems do not apply to individual water systems.

Different public water systems test their water with varying frequency, depending on the number of people served, the type of water source and other timely environmental factors. The Safe Drinking Water Act mandates that certain contaminants, but not all contaminants, are tested for regularly.

Whether your water comes from a private well or municipal reservoir, it is recommended that you test it:
What Are Contaminants?
A contaminant is anything found in water—from minerals to microorganisms—that may be harmful to human health. Contaminants can be physical, chemical, biological, or radiological in substance. Whether or not they are harmful depends on the level at which each contaminant is present. A water test checks your water’s pH levels, as well as the total amount of coliform bacteria, nitrates, and dissolved solids.

Signs of Contamination
Municipally-regulated or not, most water in the U.S. contains some level of contamination from industrial and environmental pollution. These are some signs of contaminated water you can look out for:
It’s important to note that not all potential water issues are observable. Some water contaminants, like arsenic, cause problems you can’t see, taste, or smell, making regular testing all the more important.

Common Contamination Culprits
After testing their water, many people install water treatment systems to get rid of specific contaminants. A few of the most common impurities found in water include
Some water contaminants are only harmful if consumed at certain levels, and these levels vary by contaminant. When contaminant levels are not high enough to cause immediate sickness, repeated exposure to small amounts of a contaminant often has the potential to cause serious adverse health effects down the line. Contaminants may not be in your water, but you won’t know unless you get it tested.

Beyond Safety, Why Get a Water Treatment System?
The most common reasons are better tasting water and softer water. Soft water has numerous benefits including cleaner, brighter clothes; easier cleaning; and healthier skin and hair. But most people do not know that water treatment systems are also good for the environment. Water is a finite resource that should never be wasted; a key benefit to purifying water is that it can be stored for future use. Additionally, having access to clean, tasty water at home reduces plastic bottle use and prevents those bottles from ending up in landfills.

If you don’t know what’s in your water, you won’t know how a water treatment system could improve your life.

Better water is just one call away. For more information about water softeners, water conditioning or water filtration systems, schedule a free water test and consultation by calling Tarvin’s Culligan of Bloomington at 309-663-4400 or visiting their website, CulliganBloomington.com. They are a locally owned business for over 63 years located at 8 Gilmore Dr. in Bloomington. Their mission is to provide their customers the best water treatment products and services available. Back to Top
May 09, 2021