ADHD & Sleep Disorders—Is There a Connection? 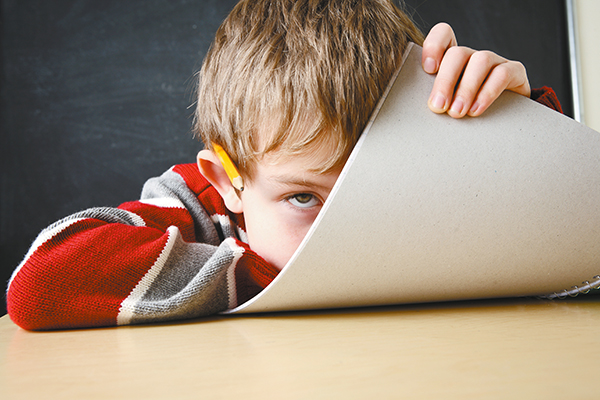 As parents get ready for a new school year, they want their child to get the best start possible—especially after the challenging 2020 school year. However, there is often some concern about learning and behavior issues that may have been noticed over the summer or that were problems in the previous school year but were perhaps attributed to the lack of consistency and the virtual learning environment. One of the most controversial topics that comes up frequently is ADHD, or Attention Deficit Hyperactivity Disorder. It’s thought that two to four percent of children have this condition, and a shocking 50 percent of children with this condition are on some form of prescription medication.

But did you know that 25–50 percent of children diagnosed with attention deficit disorder (ADD) or attention deficit hyperactivity disorder (ADHD) also have sleep-related problems? Ongoing research findings show there is a definite correlation between sleep apnea and ADHD/ADD. Doctors and parents may be missing the sleep connection when having their child’s symptoms evaluated or treated for ADHD/ADD.

Symptoms include the inability to focus or pay attention, being easily distracted, and various behavioral problems both at home and in the classroom. There are a number of proposed explanations for why ADHD occurs, including brain biochemical imbalances, environmental and dietary toxins, and allergic conditions. However, sleep apnea may be the real problem, not ADHD.

Simply getting enough sleep can dramatically improve a child’s behavior and focus. We know from numerous studies that poor sleep—whether not enough sleep, or poor quality sleep—can adversely affect the brain in a number of different ways. For one thing, lack of oxygen to the brain has been shown to cause lowered blood flow and metabolism in critical areas of the brain, including parts that involve memory and cognitive function. According to WebMD, brain imaging shows that children with untreated sleep apnea show evidence of injury in the regions of the brain responsible for learning, memory, and complex thought. These children also had lower IQ scores and scored lower on standardized tests than children without a sleep disorder.

The Journal of Pediatrics published a study linking behavior problems in children with snoring and sleep apnea. According to the study, children who snore or who have other nighttime breathing conditions have 50-100 percent increased symptoms of hyperactivity. Behavioral sleep problems can impair daytime function in ways that mimic ADHD’s manifestations. When ADHD symptoms resemble some of the same symptoms as sleep-related breathing disorders, a misdiagnosis and ineffective treatments may result if the sleep factor is not at least considered.

Following are some signs and symptoms that your child may have a sleep disorder:
It’s not surprising that when behavior becomes disruptive at school, daycare, or home, ADHD, not sleep quality, is suspected. However, when the child is also grumpy, aggressive, hyperactive, unable to focus, falling asleep, or daydreaming in school or at home and grades become problematic, doctors will often recommend a sleep test to rule out Sleep-Related Breathing Disorder (SRBD).

If you suspect any sort of sleep disorder, insist that your child be evaluated by a fully trained medical or dental professional in the management of SRBD. It may be necessary to collaborate with multiple medical professionals to evaluate all the various factors that may be contributing to sleep and breathing issues. If your child has been diagnosed with ADHD, it’s crucial to also get him/her evaluated for a breathing/airway disorder. Sleep disorders can make kids miss out on healthy, restful sleep during critical times when their hormones are produced and regulated for growth and appetite control, and their body and brain are recharging. Untreated obstructive sleep apnea can affect learning, behavior, and growth, and can even create other serious medical conditions well into adulthood.

If a sleep disorder is discovered, it can be effectively treated without drugs. A palate expander is one effective treatment option. It is a custom oral appliance that expands the area of the palate and prevents the jaw, tongue, and relaxed muscles from falling back into the throat, thus obstructing the airway. A palate expander also aids in the proper development of a child’s jaw and airway. Another treatment is the use of a continuous positive airway pressure (CPAP) machine, which often uses a mask to cover the child’s nose and mouth and uses air pressure to force the airway open. It performs well when tolerated, but many people—especially children—find the CPAP machine to be uncomfortable and won’t use it. Surgical solutions may include removing the adenoids and tonsils, which may contribute to airway blockages.

SRBD in children is a more common and critical problem than previously thought. It can manifest itself in a variety of ways that can be easily overlooked, misdiagnosed, and most unfortunately, left untreated. A sleep disorder not only results in a sleepy, cranky, and often poor-performing student at school, but also an irritable, unhappy child at home.

Parents are encouraged to seek assistance from professionals. Dr. Gray at the Koala Center for Sleep & TMJ Disorders® and Koala KIDZzz® program utilizes an integrated care approach, consulting with medical and dental practitioners who are trained and experienced in solving sleeping disorders which include snoring, sleep apnea, and jaw pain (TMJD). Visit them at bloomingtonsleep.com or call 309-319-6568 for more information and to schedule a consultation. Back to Top
September 09, 2021