A Lifetime of Commitment Together 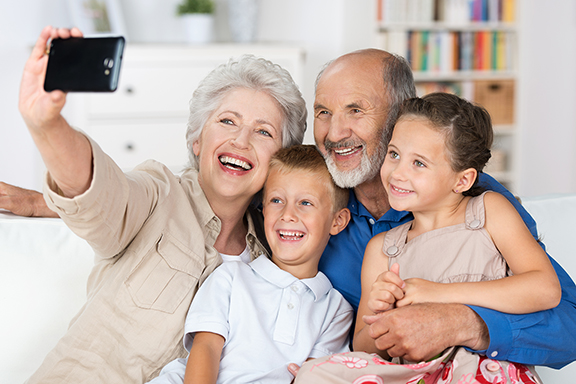 Jim and Julia grew up a few blocks from each other and attended the same school, but it wasn’t until high school that Julie caught Jim’s eye. They shared a couple classes and were both involved in sports; Jim on the track and field team and Julia played softball. It didn’t take long before they became high school sweethearts, spending their free time together, helping each other with school work, and attending school events. After high school, Jim served a few years in the military while Julia attended community college and worked in a local family-owned department store. They agreed to remain in contact through letters as friends while Jim was away, knowing a long distance relationship would be very difficult.

While they both dated while Jim was gone, their hearts still longed for each other and they quickly reunited upon his return and married a year later. Jim attended college and worked part time while Julia continued her job until they were blessed with their first child. “It was difficult, but we did what we had to do to make ends meet and we were lucky to have family close by to help us out,” says Jim. He added, “There was a few years of struggling, but it made our relationship stronger, and once I finished school and began working full time, Julia was able to stay home and care for our four beautiful children.”

The years flew by, and it wasn’t long before their children were off to college, then raising families of their own. Jim and Julia decided to move to Arizona after Jim retired, so they could be closer to their grandchildren. They were living their dream, spending time with the grandkids while exploring Arizona.

As time went by, Jim began to notice changes in Julia. She began to forget things, which at first were passed off as just getting older. Within a few months it began to worry Jim, as Julia began developing some personality changes, she would become easily agitated and her memory worsened. Julia was diagnosed with Alzheimer’s disease and Jim became Julia’s twenty-four hour caregiver until he was diagnosed with chronic obstructive pulmonary disease (COPD) and aphasia.

Jim’s aphasia led to a lot of miscommunication and frustration between him and Julia, and, like many caregivers, Jim neglected to care for himself. He ended up hospitalized requiring emergency surgery.

After Jim’s surgery, they began some in-home services to help them out, but it wasn’t long before it became obvious they needed more help; it was too much of a burden managing all involved with a home, upkeep, paying bills, etc. This is when their children helped them explore senior living options where they could receive all the care and attention they needed.

Jim and Julia moved into a memory-care community built around their needs, with an environment and activities that supported Julia’s health needs. From the reminiscent therapy in the community to the caregivers holistic approach to serving residents, Jim could see the positive effects on Julia.

Jim and Julia now received nurse check-ups from home, healthy meals, and housecleaning services, allowing Jim to give more of his love and attention to Julia.

Now, Jim and Julia’s family no longer feel alone in the journey to care for their parents and are happy to know their parents are truly at home in a place where they can focus on each other. Jim doesn’t have to worry about caring for Julia, and for a couple celebrating over 50 years of marriage, their relationship is as strong as ever.