A Closer Look at Women and Girls With Bleeding Disorders 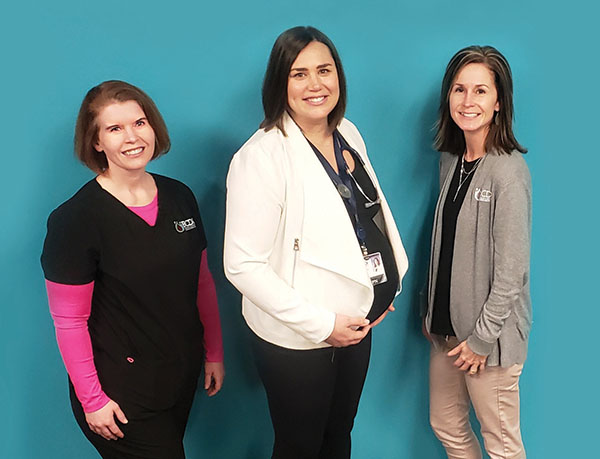 Jasmine sat in the doctor’s office, thinking about what a journey this had been. She had been seen by so many specialists over the years. Three months after her first period, she soaked through her clothes at school despite wearing a pad and a tampon. She went to the school nurse and complained of a stomachache so her mom could pick her up and take her home. As she recounted her day to her mom, she told her all the women in her family had heavy periods. She had told her, “It’s just part of the curse. You deal with it till you have babies, then find a doctor to take everything out. That’s what I did, what Aunt Carol did and what Grandma did. You just have to live with it.” Eventually, Jasmine went to a gynecologist, who did some testing and told her nothing was wrong with her uterus or ovaries and suggested trying birth control pills to reduce the amount of bleeding. She tried them, but she had terrible acne and mood swings so she stopped taking them. In college, Jasmine had her wisdom teeth taken out and bled so much that she swallowed enough blood to make her throw up. After delivering her son last year, she had to go back to the emergency room because her bleeding was so severe. Jasmine’s mom told her she had the same problem, too. Again, it was all part of the curse. When she was in the emergency room, the resident looked at the bruises on her arms and legs and asked her if she was in an abusive relationship. Jasmine was flabbergasted. She had always bruised easily. She was always afraid someone would think she was abused, but this was the first time someone asked. She was so embarrassed, especially since her husband was so kind and gentle. Through the postpartum tears, she told the resident about her heavy periods, her bruising, and everything else. She had more testing, but everything was “normal.” Jasmine had to get a primary care provider. And more tests. The new primary care doctor was nice enough, but had insisted she see another doctor. So, here she was again—this time in a hematologist office.

That was 2 years ago. Since that time, she underwent more tests but this time the results were different. The team diagnosed her with a bleeding disorder, with a robust explanation that her symptoms were not part of “the curse,” but due to a relatively common disorder called von Willebrand disease. She met with the hematologist who explained her diagnosis, and all of her symptoms throughout the years started to fall into place. After mentioning her son’s nosebleeds, he was tested too, and also diagnosed with von Willebrand disease. The nurse suggested Jasmine’s mom have the same testing as well. Jasmine and her son visit the clinic yearly to see the Comprehensive Care team. It’s a longer visit, but as long as she brings plenty of snacks for her son, it’s worth it. They see the doctor, a nurse practitioner, a dentist, a social worker, and physical therapist. The team has helped Jasmine educate her son’s preschool on activities he can safely participate in, and in ones to avoid. They both wear medical jewelry so first responders will know about their bleeding issues in case of emergency. Now, Jasmine is 8 months pregnant and here to discuss a plan for delivery, so she and the baby will be safe, and the medical team will be as prepared as possible.

The Bleeding and Clotting Disorders Institute has been providing care to women and girls like Jasmine with bleeding disorders since its inception and realizes the importance of a team approach to care. Women and girls have always been able to participate in comprehensive clinics, and BCDI will be reviving their Women’s Clinic to enhance the experience even more. BCDI Women’s Clinic collaborates with your current primary care provider and/or OB/GYNE. At your visit, you’ll be seen by a hematologist, a nurse practitioner with special interest in the needs of women and girls, a nurse coordinator, a social worker, a dietitian and a physical therapist, as well as a women’s health provider. After each member of the team visits you and discusses their specialty area, the entire team will meet to gain a comprehensive picture of your situation. All of this information will be shared with your primary care provider and/or OB/GYN, so everyone can be on the same page when it comes to your care. BCDI physicians, nurses and staff members are available to help you and your providers learn more about your diagnosis and how it affects your life, medically and day to day.

Symptoms of a bleeding disorders include
If you feel you have symptoms of a bleeding disorder, the best place to begin is to have a conversation with your primary care provider. Hopefully, this provider is familiar with you and your medical history. They may delve deeper into your past history and current symptoms, and run some simple blood tests. Depending on the results of these tests, you may be referred to a hematologist, who is a specialist in diseases of the blood. The hematologist may run more specialized blood tests and can share specific information regarding diagnosis and management. Because blood clotting is a highly complex process, there are a multitude of different diagnoses. Some of the most common diagnoses include:
Due to the effects a bleeding disorder can have on multiple aspects of your life, receiving care from a multidisciplinary team can be helpful. To discuss needs specific to women and girls or for questions regarding your own situation, please call the Bleeding and Clotting Disorders Institute (BCDI) for more information.