“A Word About Taxes” 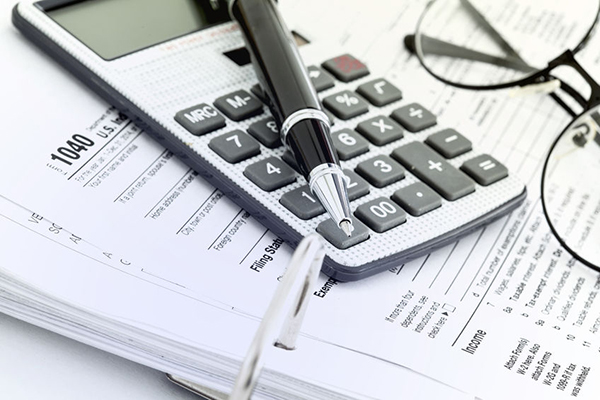 I bet that in the past year you’ve complained about paying taxes. We all do it and it’s a constant theme when I meet with clients or conduct seminars. When I ask people if they think taxes are relatively high or relatively low, I always get a resounding, “They’re as bad as they’ve ever been!” or something of the sort. Would you be surprised to find out that, in 2020, taxes are near a historical low?  The Tax Cuts and Jobs Act of 2017 lowered all tax rates and made the top marginal tax rate 37 percent for the very top earners in our country. How does that compare?  Wikipedia says that between 1936 and 1981, the top federal tax rate never went below 70 percent!  More recently, prior to the passage of the 2017 law, the top marginal tax rate was 39.6 percent. What does this mean for you?  You have a custom-made opportunity during a time of relatively low taxes to tweak your retirement plan now and set yourself up on a path that will serve you better when taxes do go up.

Why am I so convinced taxes will go up?  It’s a simple math problem. The Peter G. Peterson Foundation reports that in 2019, total federal revenues were $3.46 trillion and total federal spending was $4.45 trillion. Also in 2019, the Center on Budget and Policy Priorities advised that 58 cents of every dollar of U.S. tax revenue went to Social Security, Medicare, Medicaid, and interest on the national debt. That will only increase because of the demographics of our country. According to Pew Research, from 2010 to 2029, 10,000 baby boomers will retire every day!  That’s a lot of retirees who want a social security direct deposit into their bank accounts every month. When the Social Security Act was enacted in 1935, the retirement age at which you were eligible for a benefit was 65 and the average life expectancy was 62 years old. Social security was supposed to be self-sustaining as millions of workers paid into a fund from which very few would ever get to draw. Fast-forward to today. The eligibility age has been lowered to 62, nobody in 1935 could have foreseen how many baby boomers would be born after World War II and Congress had no way of knowing that medical technology would so dramatically increase our life expectancies and, therefore, the number of years our retirement nest eggs would need to last. I’m probably going to get some “hate mail” on this, but the cold, hard truth is that the money deducted from your paycheck and paid by your employer during all your working years does not begin to equal the amount that you will receive in benefits once you retire. The same holds true with Medicare contributions and benefits. Retirees like to think their 20 or 30 years of benefits are “their money” that “they saved,” but it is actually greatly supplemented by our government. As a country, we have to “fix” Social Security and Medicare, but there is not a politician anywhere who is willing to tackle it. He or she would be voted out immediately.

In the 2020 Annual Report of the Social Security and Medicare Boards of Trustees, it was reported that the Social Security Trust Fund will be able to pay benefits in full until 2034. After that point, only 76 percent of promised benefits will be paid. I want to be clear as most people don’t understand this part. Most people that I talk to have “heard” that Social Security is in trouble, so they want to hurry up and claim benefits so they will be “grandfathered in” if benefits are ever cut. That’s not how it will work. In 2034, even if you are already retired, your monthly benefit will be cut by 24 percent. Done. That’s a huge amount and is definitely going to impact most household budgets. The same report says that Medicare will be impacted by 2026. Going forward from that point, Medicare patients will only receive 90 percent of the benefits they enjoy today. That extra 10 percent of the bill for everything from doctors’ visits to prescriptions to a knee replacement surgery will be out-of-pocket. Again, this will not be just for new Medicare patients, but for everyone.

It is not my intent to scare anyone (well, maybe a little), but there are actions you can start taking today to protect your hard-earned assets from taxation that was once 70 percent and could be again. Burying your head in the sand or throwing up your hands is not the answer. You need to arm yourself with as much information as possible and employ investment, tax, and saving strategies that will help set you up for your very best retirement.